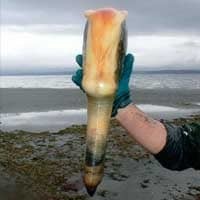 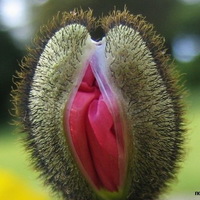 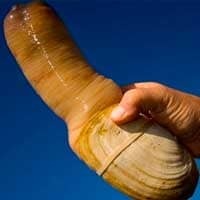 . In fact, some researchers say that we could employ such animals to give us an early warning of earthquakes and severe weather disturbances—both of which emit infrasonic sound.

Insects also have a wide range of hearing, some in the ultrasonic range over two octaves above the human ear and others in the infrasonic range. A few insects hear by means of thin, flat, eardrumlike membranes, which are found on almost every part of the body except the head. Others hear with the aid of delicate hairs that respond not just to sound but also to the most gentle movements in the air, such as those caused by a human hand. This sensitivity explains why flies are so hard to swat!

Imagine being able to hear an insect’s footsteps! Such amazing hearing belongs to the world’s only flying mammal—the bat. Of course, bats require specialized hearing to navigate in the dark and to catch insects by means of echolocation, or sonar.* Says Professor Hughes: “Imagine a sonar system more sophisticated than that found in our most advanced submarines. Now imagine that system is used by a small bat that easily fits in the palm of your hand. All the computations that permit the bat to identify the distance, the speed, and even the particular species of insect target are performed by a brain that is smaller than your thumbnail!”

Because precise echolocation also depends on the quality of the sound signal emitted, bats have the “ability to control the pitch of their voice in ways that would be the envy of any opera singer,” says one reference.* Apparently by means of the flaps of skin on the noses of some species, bats can also focus sound into a beam. All these assets contribute to a sonar so sophisticated that it can produce an “acoustic image” of objects as fine as a human hair!

Besides bats, at least two kinds of birds—swiftlets of Asia and Australia and oilbirds of tropical America—also employ echolocation. However, it seems that they use this ability simply to navigate in the dark caves where they roost.

Toothed whales also employ sonar, although scientists have yet to discover exactly how this works. Dolphin sonar begins with distinct clicks, which are believed to originate, not in the larynx, but in the nasal system. The melon—the bulb of fatty tissue on a dolphin’s forehead—focuses the sound into a beam that “illuminates” a zone in front of the animal. How do dolphins hear their echoes? Not with their ears, it seems, but with their lower jaw and associated organs, which connect to the middle ear. Significantly, this region contains the same kind of fat as that found in the dolphin’s melon.

Dolphins can adjust the power of their sonar clicks from a mere whisper to a cracking 220 decibels. How powerful is that? Well, loud rock music can produce 120 decibels, and artillery fire 130 decibels. Armed with sonar that is much more powerful, dolphins can detect things as small as a three-inch [8 cm] ball 400 feet [120 m] away and possibly even farther in quiet waters.

When you reflect on the amazing senses manifest in the living world, does it not fill you with awe and wonder? Humble, informed people usually feel that way—which brings us back to the question of how we are made. True, our senses often pale beside those of certain animals and insects. Nevertheless, we alone are moved by what we observe in nature. Why do we have such feelings? And why do we seek not just to understand living things but to comprehend their purpose and to learn our own place among them?